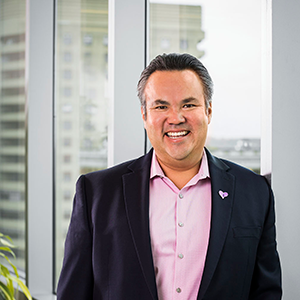 Erhardt Preitauer joined CareSource in May 2018 bringing two decades of transformational leadership and government-sponsored health plan expertise to the role. Erhardt is an accomplished health care executive with a track record of driving significant growth, profitability, innovation and operational excellence. He has extensive experience in building and leading mission-driven health care organizations.

Prior to joining CareSource, he led Horizon New Jersey Health, the state’s largest Medicaid plan, as CEO. During his tenure, the organization served 1 million members and was recognized as one of the fastest-growing Medicaid plans in the country growing its revenue from $2.2 billion to $6.3 billion in the span of three years. Erhardt is a decorated champion of technology and innovation in long term care. Under his direction, the plan earned a #3 ranking in the 2016 InformationWeek Elite 100 and a 2015 Digital Edge 25 distinction.

Erhardt graduated from the University of Nevada with a Bachelor of Science in finance and economics and also holds a Master of Business Administration degree from Penn State University. He is active in the health care industry and currently serves on the board for America’s Health Insurance Plans (AHIP), the Dayton Development Coalition and the Ohio Business Roundtable. He previously served as chairman of the board of directors for the Medicaid Health Plans of America and as a board member of the Institute for Medicaid Innovation.

In June 2019, Erhardt was named by Glassdoor as one of the highest-rated CEOs in the country, ranking #20 on their annual list based on employee reviews. Preitauer was also recognized by Medicaid Health Plans of America in October 2018 with the Joy Wheeler Leadership Award after helping guide that organization to become a leading voice for Medicaid health plans and the beneficiaries they serve.